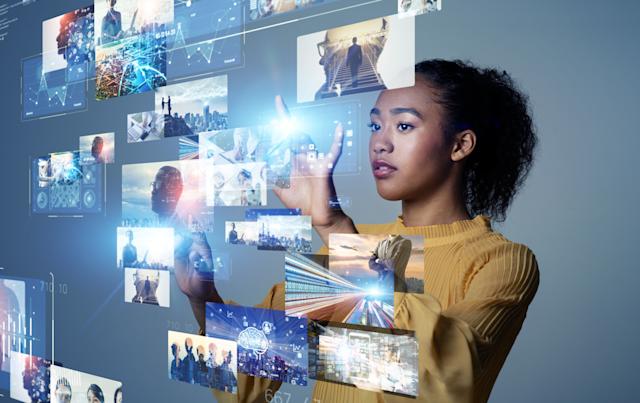 Many women in the crypto space are making a big impact in high-profile positions across the crypto sector. Here are 10 such women marking their steps in this sector.

According to a recent report, nearly 15% of Bitcoin traders are women, powerfully portraying the gender disparity that prevails in the space of digital currency. Nonetheless, there are several reasons to be optimistic now. Another report indicates that among those who are aiming to make investments in crypto, 40% are women.

Many women in the crypto space are making a big impact in high-profile positions across the digital currency sector and this portrayal will be important for imposing alterations at each level of the industry.

In 2022, new research showed that there is still a long way to go before we find gender parity in the blockchain and crypto space. As per the WEF April Global Gender Gap Report, it will take close to 135.6 years to shut the gender gap because of the Covid-19 pandemic.

However, this has not stopped these women who used crypto and blockchain technology to handle a complete range of social issues that ranges from the education of girls in developing nations to the wealth gap in the black communities in the US.

In no specific order, these 10 women in the crypto space are changing the world their way.

10 Women In Crypto Space For A Better Tomorrow

So, where should women begin to overcome the intimidation factor and enter this dynamic space? First things first, let us acknowledge one crucial fact. Crypto requires women as much as women require crypto.

Women in the crypto space hold more wealth presently than ever in history. Decentralized finance cannot become a global phenomenon without 50 percent of the global population on board. As diversity, inclusion, and equity continue to frame the zeitgeist, women throughout demographics receive bargaining power.

More and more entities have identified the deep value of creating a workforce that represents the broader population.

Women in crypto organizations are more likely to be empowered to form their own schedule, in comparison to other finance verticals. Along with that, women across the globe can use crypto to make payments, collect income, and transfer funds.

This is all without associating with exclusive or alienating financial institutions.

With that let us look at all the women in the crypto space that are engraving their footprints in this space. Other than that you will also find many female Bitcoin investors on Instagram.1. Tavonia Evans

The first among this list of women in the crypto space is Tavonia Evans. She is the lead engineer and founder of GUAP Coin, which she formed to help close the wealth disparity and support black-owned businesses in the US. So GUAP Coin is a female-founded cryptocurrency. Despite being hospitalized with COVID-19 and encountering sweeping funding cuts, Evans states that her business achieved more this year than ever before. In an interview, she said

“We’ve onboarded hundreds of women of color into the Masternode space, an area of crypto that is largely male-dominated.”

She further said that,

“We’ve sparked awareness about crypto among a population with less access and education in crypto and finance — and we continue to do so.”

Lisa Wade was the 2021 recipient of Blockchain Australia’s Gender and Diversity Leader of the Year award, which identified her work towards women and LGBTIQ+ people in the blockchain space. She is a very famous female crypto influencer.

She founded NEOMI, which is an investing ecosystem that links charity entrepreneurs searching to raise capital with investors who are looking for authentic impact investments. Wade explained in an interview:

“NEOMI has a lens on our theory of change, which supports LGBTI and female entrepreneurs.”

Wade is also the chair of NAB Pride and pioneered the Australian bank’s “Rainbow Women ” initiative, which offers LGBTIQ+ women an area to speak about problems that are holding them back from the development of a career in the finance space.

Olayinka Odeniran is the Chairwoman and founder of the Black Women Blockchain Council (BWBC), which is operating toward raising the number of black female blockchain developers to half a million by 2030. Over the last year, the BWBC partnered with blockchain software entity Consensys to help African people across the globe get associated with crypto.

She also released a room on the social audio app Clubhouse known as “What The Hell is Blockchain” and a community site where the members can network and learn about everything from NFTs (Non-Fungible Tokens) to DAOs (decentralized autonomous organizations).

In case this was not keeping her busy enough, she also launched a social impact NFT collection CyberMermaid via ocean conservation non-profit The Dope Sea.

In 2022, Odeniran aims to host a month-long event for Women’s History Month and launch the latest program to teach African women about blockchain and NFTs.4. Maliha Abidi

Maliha Abidi is a Pakistani-American author and also internationally acclaimed visual artist. She released ‘Women Rise NFTs’ this year. The collection of 10,000 NFTs portrays diverse women from across the globe that include artists, scientists, activists, and coders.

The collection has been shown on the front page of Rarible and at DCentral Miami. Abidi also had an artist residency during Art Basel in Miami.

As per Abidi, so far, 2,350 NFTs from the collection that amounted to more than 150 Ether (ETH), nearly $591,000, have been sold to 1,200 unique purchasers that include some big names like Gary Vee and Randi Zuckerberg. 10 percent of the total profits from the project is planned to be donated to charities that support children and women.

The major project of Abidi for next year will be the formation of the first metaverse school in the world for marginalized children from across the globe.5. Lavinia Osbourne

Lavinia Osbourne is the host and founder of Women in Blockchain Talks (WiBT), which is a female-led educational channel in the UK where women can network and also learn about blockchain. She told in an interview that,

“Getting started in this revolutionary space is key to change and adoption, so Women in Blockchain Talks wants to make this as easy as possible for people — women and marginalized groups in particular — to do just that.”

This year, WiBT released 50k women into Blockchain by 2023 campaign, which Osbourne illustrated will,

“Show that blockchain is for everyone as well as highlight the different pathways to get involved in the space.”6. Jen Greyson

Jen Greyson is a Utah-based advocate of the empowerment of women via digital currency and a board member for KBA (Kerala Blockchain Academy) in India.

“The blockchain training program aimed to equip start-ups and individuals with the requisite knowledge, skills, and attitude needed to crack into the sector. Greyson added further. While my home state of Utah is languishing in even getting computers in every school for every student, across the globe, KBA did this in 2021 while navigating a pandemic.”7. Manasi Vora

In May 2021, Manasia Vora co-founded the Komorebi Collective on Syndicate, turning the first investment DAO aimed at funding non-binary and female crypto founders.

She also founded the non-profit Women in Blockchain (WIB), which focuses on offering a space for women to teach each other about crypto and blockchain. She said,

“We aim to connect women to thought leaders in this space to inspire, collaborate and encourage others. Crypto is about shared abundance and shared ownership. But this isn’t possible if the underrepresented communities are not included in the building, in the design, in the decision-making!”8. Roya Mahboob

Roya Mahboob is not only an internationally-known activist but she was also one of the very few female tech CEOs in Afghanistan before being forced to flee in September 2021 when the Taliban took over control of the nation.

She is the CEO and founder of ACSC (Afghan Citadel Software Company), where more than half the employees are women. Because many Afghan women are unable to avail of a traditional bank account, she pays their employees in BTC.

In an August interview, she said,

Cleve Mesidor is the author of My Quest for Justice in Politics & Crypto, and also a former appointee of the Obama administration. She was assigned as a public policy adviser at Blockchain Association in March 2021 and is a Mayoral Appointee for the DC Innovations and Technology Inclusion Council.

She also founded the National Policy Network of Women of Color in Blockchain, and LOGOS, which is a social platform on the blockchain for activists.10. Alakanani Itireleng

The last women in the crypto space are none other than Alakanani Itireleng. The Botswana “Bitcoin Lady” Alakanani Itireleng is the CEO of the Satoshi Centre, which teaches members of her community how they can earn money from blockchain and crypto technology.

The self-funded center is in the developing stage as an incubator where startups will be able to network with potential sponsors or mentors.

She has campaigned for the Bank of Botswana to administer and legitimize Bitcoin as a legal currency and is also creating a local crypto wallet that will be able to directly connect to normal ATMs.The Bottom Lines

The truth is, there is no secret to entering the crypto space. The best thing that can be done is just start from where you can.

Read about the various tokens that are available and also the latest technologies that are used in this space. ‘

These women in the crypto space have not done it overnight. So consistency is a must.

ABOUT THE AUTHOR: David is interested in blockchain technology and how it affects crypto markets. He has been covering cryptocurrency, especially bitcoin since 2018, focusing on privacy, scalability, and more. 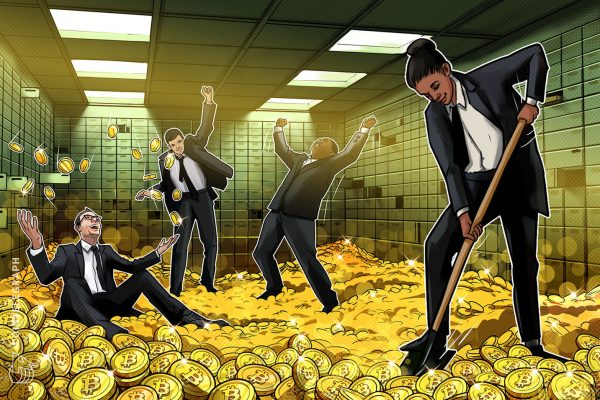 Why Do Investment Advisers Work With Bitcoin Asset Management Groups

Continue reading the article to explore the reasons that inspire investment advisers to join professional bitcoin asset, management teams. Introduced in 2009, Bitcoin has been acknowledged as the... 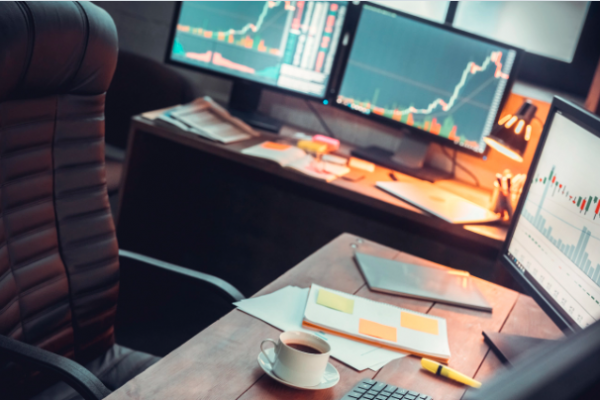 4 Things to Know Before Investing in Cryptocurrencies 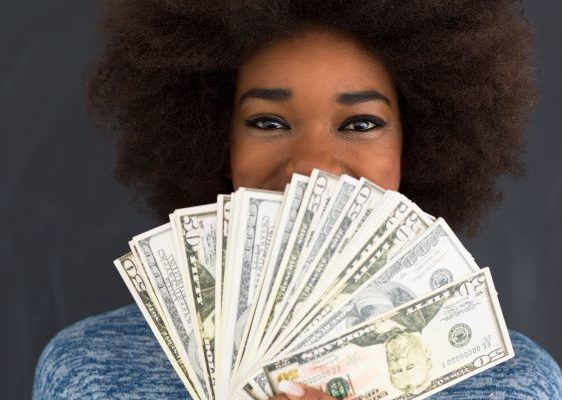 What is the best part of the cashback crypto Exchange Business, You win or lose But, you get cashback Thinking to start an amazing Crypto-related Business... Yes! Surely, you did the cut and... 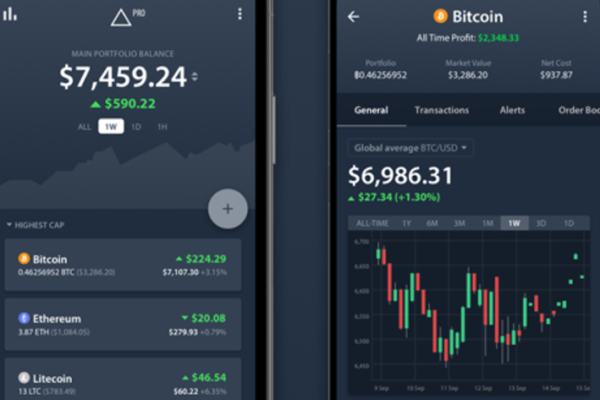 The 10 Most Successful Cryptocurrency Business Models Of Today!

There are tons of million of crypto-based small businesses running around the world, and 6,43,000 more are started every month. So if you’ve got a cryptocurrency or blockchain business idea and...